Customers will be inconvenienced to get services such as cash withdrawals, deposits, cheque clearances, remittance services. Government transactions related to treasury as well as business transactions will also be impacted.

“I stand in solidarity with the striking bank employees,” he said on Twitter. The bank strike, led by nine unions of public sector banks (PSBs) in the country, continued for day-two on Tuesday. 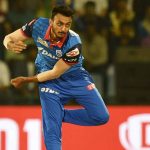