Neeraj Chopra looked primed to breach the 90m-mark on Saturday. But he would now be happy to return from the Kuortane Games unharmed.

The Olympic champion survived a seemingly-dangerous fall, braved a slippery runway and dealt with wet conditions to record his first win of the season, finishing on top in an eight-man field in Kuortane, Finland, on Saturday.

A win in his second competition since the Tokyo Games will give Chopra further affirmation that his return is going as planned, especially given the tricky conditions he had to navigate. The 24-year-old managed just one legal throw, which travelled a distance of 86.69m, off his first attempt. However, it turned out to be enough.

Trinidad’s Keshorn Walcott came the closest, with an effort of 86.64 that raised hopes of an exciting duel, but it stayed just the initial skirmish. This was followed by reigning World Champion Anderson Peters, who has a season-best of 93.06m, falling not too far behind with his opening throw of 84.75m.

The situation looked tricky for the athletes even before the competition began, with puddles forming around the track, thus hampering the run-up. Home-favourite Oliver Helander, who had won the Paavo Nurmi Games earlier in the week ahead of Chopra, chose to pull out of the event at the last minute.

The scores fell collectively in the subsequent rounds for all throwers, with Chopra fouling his second and third attempts. In fact, he suffered a nasty slip on the runway after releasing the javelin during his third throw. In the follow-through, Chopra slipped, lost his balance and fell sideways on his left.

Not willing to take further risks, Chopra decided against competing further. He passed on his fourth throw, packing his shoes and returning to the bench. He did not attempt the fifth and sixth throws as well. That was true for Walcott and Peters as well, who finished second and third respectively.

The Athletics Federation of India, in a tweet, said Chopra was fine after the fall and there was ‘nothing to worry’.

After two appearances in Finland inside one week, Chopra will now head to Stockholm to take part in the Diamond League on June 30. It’s likely to be his last event before the World Championships in the USA next month.

Another Indian in the fray, Sandeep Chaudhary, finished last in the event with a best throw of 60.35m.

Share With Your Friends If you Loved it!
Related tags : india latest Olympic Order of India sports Sports news 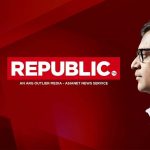 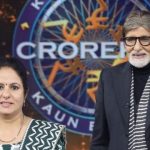 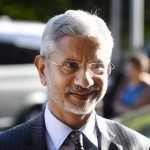