WITH Opposition-ruled governments questioning the extension of the BSF jurisdiction to 50 km inside the international border, the Director General of the paramilitary force, Pankaj Kumar Singh, Tuesday said the probable reason for the Centre’s decision was that “the demographic balance has been upset in border states like West Bengal and Assam over a period of time”. He said a survey done by the BSF (Border Security Force) pointed to “a definite democratic change”.

Demographic change in Assam and West Bengal was a key reason to extend the jurisdiction of Border Security Force up to 50 km — up from the existing 15 km — from the international border in these states, BSF chief Pankaj Singh told reporters today.

The extension has become a matter of political controversy with Bengal Chief Minister Mamata Banerjee accusing the BJP of using the Central paramilitary forces to make inroads into the state politically.

The extension of jurisdiction also took place in Punjab, where the state’s Congress government has passed a resolution against it.

The BSF DG reiterated that the force was not trying to act as a parallel police, and that the powers to investigate and file chargesheets would remain with the state police.

“There is no problem at all, we work in tandem with the local police. The notification, issued by the Central government, was essentially in the context of the Passports Act and the Passport (Entry into India) Act, with the earlier dealing with people going out of the country and the latter with people entering the country.

The government standardised a 50-km region from the border in all border states manned by the BSF so that the forces could easily move from one theatre to the other,” Singh said.

The extension of the jurisdiction was “only” with regard to infiltrators

the DG said the extension of the jurisdiction was “only” with regard to infiltrators — “I wouldn’t call them just refugees,” he said — and to strengthen the hands of the local police, and that there should be no apprehensions regarding that.

He also said that apart from the Passports Act and Passport (Entry Into India Act), which deal with people illegally crossing the country’s borders, under the Arms Act, not just the paramilitary force but six-seven other forces had powers to take action anywhere within the country.

Singh also said there had been “large-scale” infiltration into India, which had also resulted in the Assam agitation.

In a gazette notification on October 11, the Ministry of Home Affairs had announced that it was amending a notification of 2014 regarding the BSF jurisdiction along borders where it was deployed. 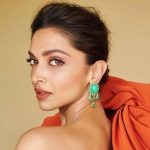 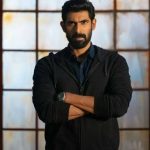 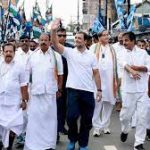 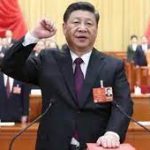