At the recent BRICS (Brazil, Russia, India, China and South Africa) meeting of national security advisors, the Chinese were very gung-ho about fighting terrorism. There were strong words about counter-terrorism, there was reassurance that terror had to be fought.

Days later, after the virtual meeting of the NSAs, at the United Nations, China blocked efforts to ensure action against Pakistan-based Abdul Rehman Makki under the UN Security Council\s Al Qaeda and ISIL sanctions committee also known as the 1267 Committee.

Yes, the Chinese have done it before. When it came to Maulana Masood Azhar, head of the Jaishe Mohammed. Even when his outfit was sanctioned. But this comes in the wake of all the tough statements at the BRICS meeting. And is therefore a bit of a surprise.

Pakistani authorities arrested him in May 2019 and kept him under house arrest in Lahore. The next year, he was found guilty of terror financing and imprisoned. But it could well be a fig-leaf and five-star terrorists have been known to receive five-star hospitality in jail.

So, what happens now? The “hold” can last six months, which means that Makki gets free reign till December. It is to be seen whether China decides on a second “hold” as it is entitled to or whether it will decide that it means what it said at the BRICS meeting.

BRICS is the acronym coined to associate five major emerging economies: Brazil, Russia, India, China (PRC), and South Africa. The BRICS members are known for their significant influence on regional affairs. Since 2009, the governments of the BRICS states have met annually at formal summits. India hosted the most recent 13th BRICS summit on 9 September 2021 virtually 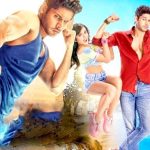 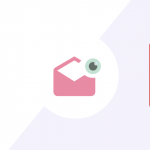