Soon after assuming charge of top post in Gujarat, Chief Minister Bhupendra Patel on Monday held a high-level meeting to review the floodlike situation created due to heavy rains in Saurashtra and especially in parts of Jamnagar and Rajkot districts.

As per the Chief Minister’s Office (CMO), the new Chief Minister had a telephone conversation with the Collector of Jamnagar and gave clear instructions for rescue and relief operations.

He asked the officials to carry out the evacuation of people trapped in the water with the help of the National Disaster Response Force (NDRF).

“He sought details about the condition of the reservoir of Aji-2 Dam due to heavy rains in Rajkot and urged the Rajkot Municipal Commissioner and Collector to move the people from the low lying areas to a safe place immediately,” the CMO said.

In Rajkot, the Chief Minister also obtained the details regarding 1,155 people living in the low lying areas of Aji who were shifted to safer places.

“Bhupendra Patel instructed the system operators to arrange for 3 teams of NDRF from Rajkot and 2 teams for Jamnagar from Bhatinda.

He specifically instructed to give priority to rescue and relief operations,” it added.

It is believed that Patel holds a strong influence in the Patidar community in Gujarat, which the BJP has banked upon to win the upcoming elections.
Fondly addressed as ‘Dada’ by his supporters, Bhupendrabhai Rajnikanthbhai Patel is now the 17th Chief Minister of Gujarat.

The announcement of the 59-year-old BJP leader’s name as the Chief Minister-elect at a legislative party meeting of the BJP on Sunday came as a surprise for many as the low-profile MLA was not seen to be among the top contenders for the post. 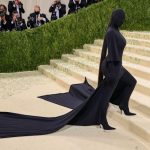