Pakistan Foreign Minister Shah Mehmood Qureshi has said that Afghanistan needs to strengthening bilateral relations with Pakistan and China to ensure peace and stability in the war ravaged country.

However, in this statement, he has not made any mention of India.

“All three of us will have to see together how we can accomplish this work together in these circumstances and how can we achieve our common goals.

He made this statement during the fourth dialogue program of the Foreign Ministers of China, Afghanistan and Pakistan.

After this statement, he has also made a tweet about this meeting, which says that Pakistan has always been an advocate of strong relations with China and Afghanistan.

Apart from this, bilateral relations and peace restoration here have a lot of importance for this whole area. That is the purpose of this meeting.

“We believe in peace, prosperity and cooperation for the economic development of the three countries,” he tweeted.

Qureshi described Afghanistan’s security as the biggest challenge in the region.

“This threat could increase after the withdrawal of US troops,” he said.

The US has withdrawn about 44 percent of its military forces from Afghanistan so far. US President Joe Biden has chosen until September 11 to withdraw the entire US Army from Afghanistan.

Qureshi said that the Afghan army has a severe shortage of strategy and ammunition. So securing Afghanistan is the biggest challenge for them.

“Since the announcement of America’s withdrawal, the Taliban have been continuously capturing territory in Afghanistan. Many districts are under Taliban control. Apart from this, many military bases in Afghanistan are also occupied by the Taliban,” he said.

Qureshi has also said that there is a need to intensify efforts for peace in Afghanistan.

“Security is becoming a challenge. Pakistan is making all efforts in this regard to find a political solution. But so far neither the Taliban nor the Afghan government has reached any conclusion. After the withdrawal of American forces, there is a great possibility that internal problems will increase which will become a threat to the peace and stability in Afghanistan,” he said.

It is worth noting that this organization of the three countries was formed four years ago. Its purpose was to make efforts towards peace and stability in Afghanistan and the region as a whole.

Apart from this, one of its objectives was to cooperate against security and terrorism, to increase mutual cooperation and to exchange ideas for economic development.

Share With Your Friends If you Loved it!
Related tags : Afghanistan Afghanistan needs to strengthening bilateral relations india pakistan Pakistan Foreign Minister Shah Mehmood Qureshi US has withdrawn about 44 percent of its military forces 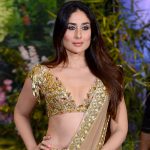 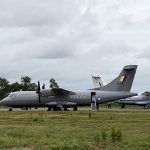 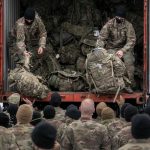